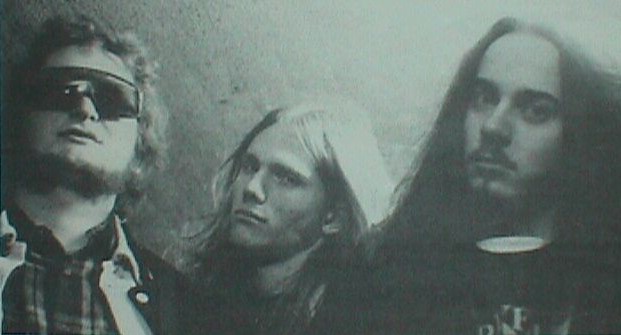 During the band’s seven active years, Spånga-spawned innovators Carbonized pushed death metal to prog-powered new frontiers and unexpected extremes of psychedelic rock, while never once letting up on their brutality.

The band’s connections to other death metal battalions are as deep and twisted as the monstrous visions conjured by their music. Bassist Lars Rosenberg formed Carbonized in 1988, and Dismember frontman Matt Kärki originally sang lead. Initial guitarist Stefan Ekström and drummer Markus Rüden split early on to create Morpheus, and Therion guitarist Christofer Johnsson and Therion drummer Piotr “Docent” Wawrzeniuk joined in 1990, just in time to release a handful of truly unique records. (Even main man Rosenberg started dividing his time by joining Entombed in 1991.)

Perhaps because of all these forces pulling in different directions, Carbonized unleashed three fascinating albums that remarkably throw a death metal net around everything from freeform jazz to avant-garde grindcore: For the Security (1991), Disharmonization (1993), and Screaming Machines (1996). Johnsson described the last as sounding like “the worst of Sonic Youth, Syd Barret-era Pink Floyd, old Black Flag, and Voivod.”

Carbonized never officially called it quits, so for more than two decades now the group has at least been laying in wait. As author Daniel Ekeroth puts it in Swedish Death Metal: “They are surely missed.”