This past August on the dusky battlegrounds of Wacken Open Air Festival in Germany, ONLY DEATH IS REAL author Tom Gabriel Fischer’s band Triptykon demonstrated complete mastery of heavy music in all its facets before a crowd of tens of thousands. Witness the wisdom and experience of a life spent in metal via the complete 72-minute high-def concert stream above. Triptykon’s perfectly poised performance includes renditions of Celtic Frost classics “Procreation (of the Wicked),” “Dethroned Emperor,” “The Usurper,” “Circle of the Tyrants,” and “Morbid Tales.”

Triptykon has also been active on the live front lately with appearances elsewhere in Freiburg and Essen, Germany; Alcatraz Festival in Belgium; and a headlining hometown show this weekend (Friday, Sept. 9) at the tenth anniversary Meh Suff! festival on the outskirts of Zurich. The band has also just announced the following slew of dates in Poland during March 2017: 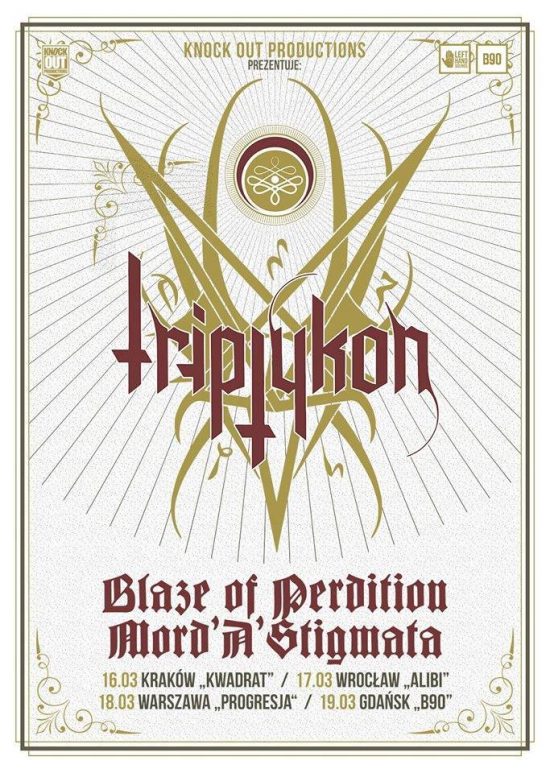 So Hellhammer/Celtic Frost/Triptykon freaks rejoice! The word here is written:

ONLY DEATH IS REAL: An Illustrated History of Hellhammer and Early Celtic Frost 1981–1985, by Tom Gabriel Fischer with Martin Eric Ain

“Heartfelt and open…a genuine asset to the understanding and appreciation of…what was sacrificed in the name of music that has since become classic.”—Terrorizer [10/10 review]