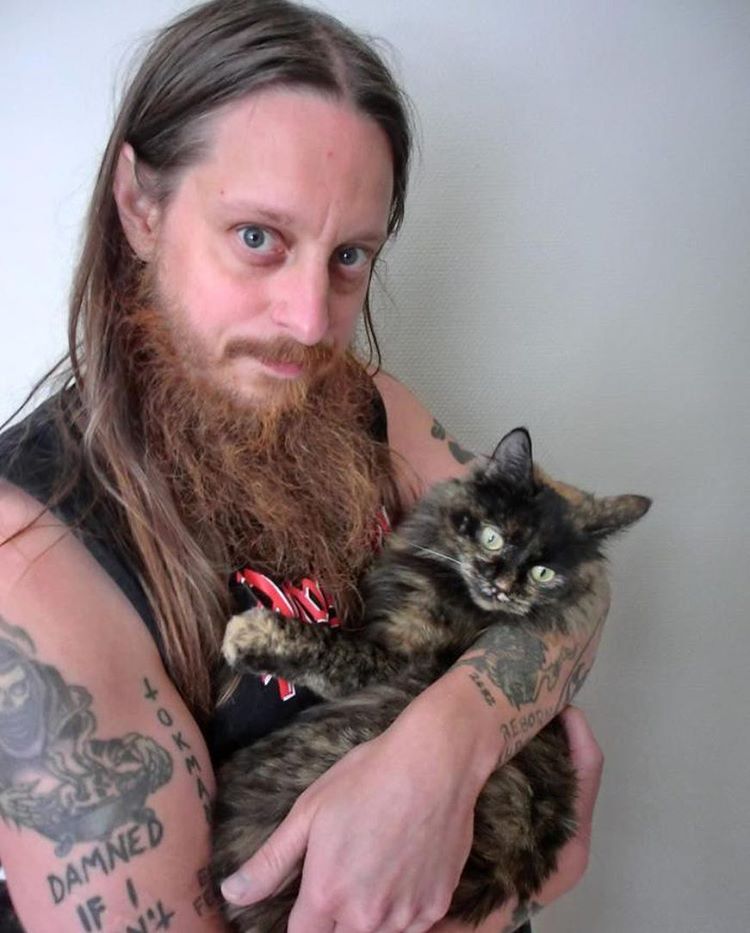 If he coughs uncontrollably, he must have been recording vocals on a song from Darkthrone’s upcoming ARCTIC THUNDER album. If he’s building a wall around anything, it’s his Cirith Ungol and Hanoi Rocks albums.

When a neighbor suggested he toss his battle vest in the ring among seventeen other candidates for town council of Kolbotn, population 6,000, Fenriz said yeah, sure, “thinking I would be like 18th on the list and I wouldn’t really have to do anything.” He submitted a photo of himself holding his cat, along with the perfect campaign pitch: “Don’t vote for me.” The locals either didn’t listen or saw right through his icy Norwegian humor, and Kolbotn now boasts a living, raging icon of metal among its humble servants.

“Basically,” he says, “I have to step in when the usual people who go to the big meetings are sick or something. Then I have to go sit there and feel stupid among the straight people.”

Listen to “Tundra Leech” from Darkthrone’s upcoming ARCTIC THUNDER, due October 14, at this location.

And read up on Fenriz’s platform in the 744-page Norwegian black metal constitution, Metalion: The Slayer Mag Diaries by Jon Kristiansen.