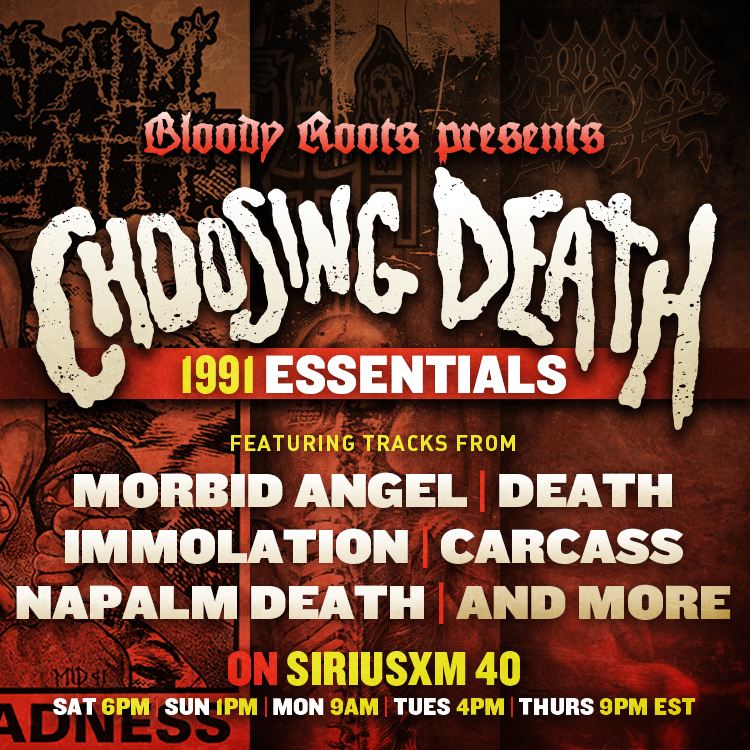 This week, host Ian Christe (“Sound of the Beast,” Bazillion Points) welcomes guest Albert Mudrian, editor of Decibel and author of the newly revised and expanded CHOOSING DEATH: An Improbable History of Death Metal and Grindcore, for a plunge into the rich pageant of death metal in 1991, a quarter-century ago. Mudrian reveals the year’s essential tracks as pulled from his book, and Bloody Roots explodes with the revolutionary sounds of Morbid Angel, Death, Carcass, Paradise Lost, Napalm Death, Bolt Thrower, Entombed, Dismember, and many more. Wreck the halls, and know your Roots!