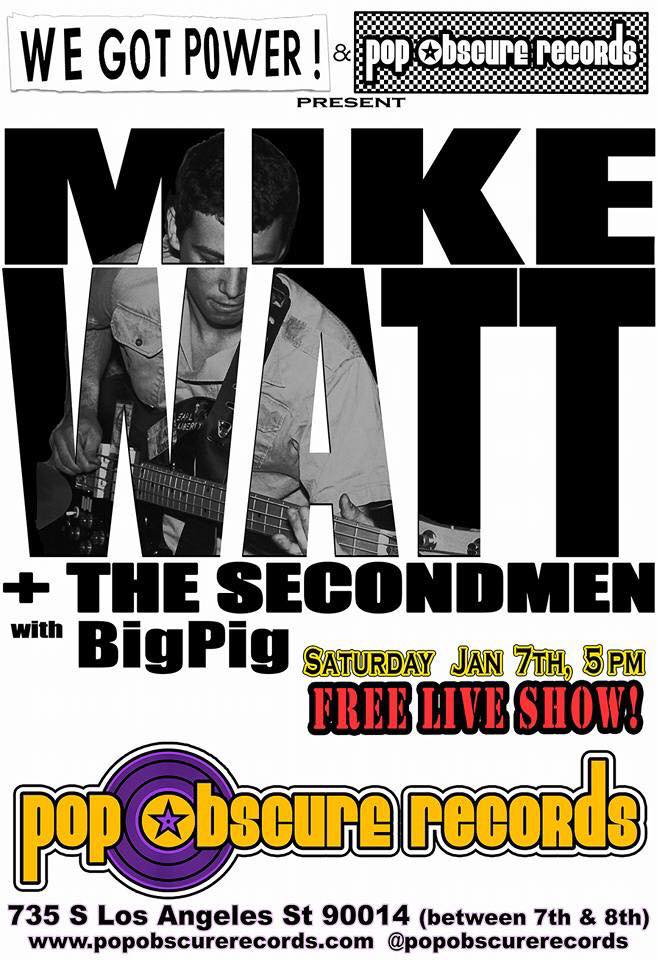 The event offers a free performance by leading San Pedro punk luminary (and We Got Power! cohort) Mike Watt of the Minutemen/Firehose/Stooges, backed by his current outfit the Secondmen. Also on the bill is Big Pig, a vibrantly pulsating local duo that specializes in “heavy stoned grooving blues, manic punk rock energy, psychedelic, angular and progressive” sounds.

WE GOT POWER! will be available to purchase at the show, with plenty of featured faces on hand to sign. And pick up a photo print or one of David Markey’s photographic one-sheets from his classic documentary, 1991: The Year Punk Broke, while you’re at it.

Party with us, punker! Party or go home!