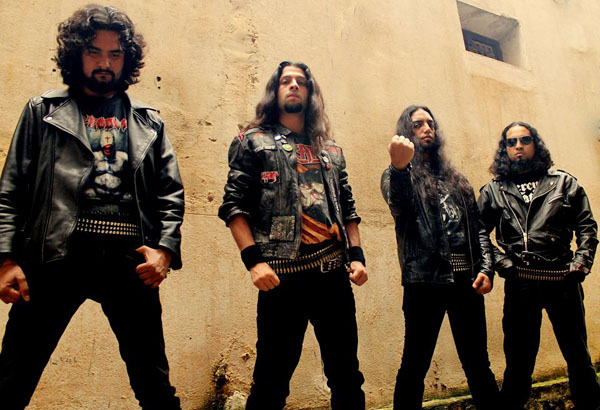 India, the second-most populated nation in the world, has seen its homegrown metal scene explode following massive appearances in the past ten years by Iron Maiden, Metallica, Carcass, Lamb of God, and others. Today’s metal history lesson captures the current state of the Indian metal revolution with fiery tracks by Devoid, Plague Throat, Kryptos (picture), Zygnema, pioneers Demonic Resurrection, Undying Inc., Mortar, Orator, and many more. For a billion headbangers across the seas, the metal story has just begun. Know your Roots!

Explore the vast vaults of metal history with first-hand accounts of the rise of metal worldwide, from Birmingham to San Francisco to Stockholm to Norway, from Bazillion Points Books.