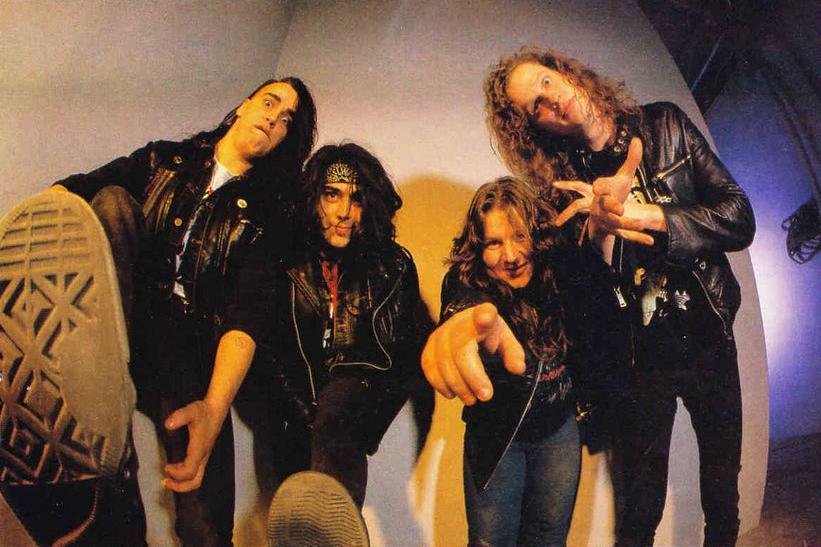 Our thirty-year thrashback series turns toward the great unknown in 1988, when metal grew into new thematic and musical territory. Meanwhile, non-metal bands like Soundgarden and Ministry appear on the fringes, foreshadowing some big changes ahead in the 1990s. In 1988, Metallica earns its first platinum album, and new faces Coroner, Realm, Mekong Delta, and Holy Terror extend thrash’s range. Voivod, Fates Warning, and Napalm Death forge progressive and extreme paths, and even Iron Maiden learns new tricks. Know your Roots!

Delve into the past and future of metal and hardcore with heavy reading matter from BAZILLION POINTS. The book is always better than the movie.