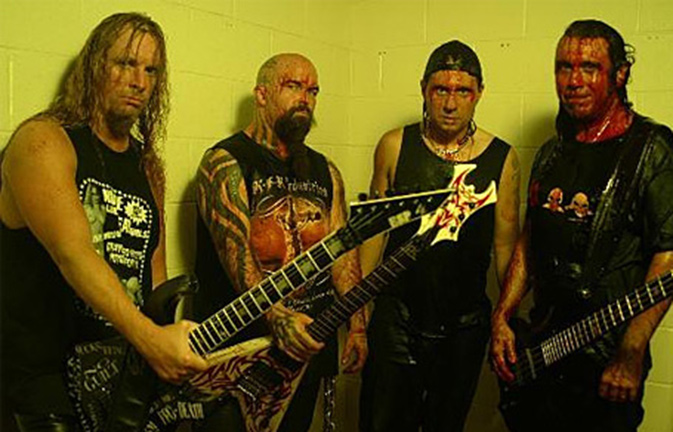 Our extended farewell to Slayer moves into the 2000s, picking up with the return of original drummer Dave Lombardo in 2002 and continuing through the Christ Illusion, World Painted Blood, and Repentless albums. The untimely death of founding guitarist Jeff Hanneman and subsequent departure of Lombardo lead to the January 2018 announcement that Slayer would embark on its final world tour. Rare and live Slayer tracks are joined by guest appearances by members in Witchery and Suicidal Tendencies, plus covers of latter-day Slayer material by London’s Counting Days and Indonesia’s Angel of Death. Know your Roots!

Catch up on the story of Slayer in SOUND OF THE BEAST: The Complete Headbanging History of Heavy Metal, by Ian Christe.