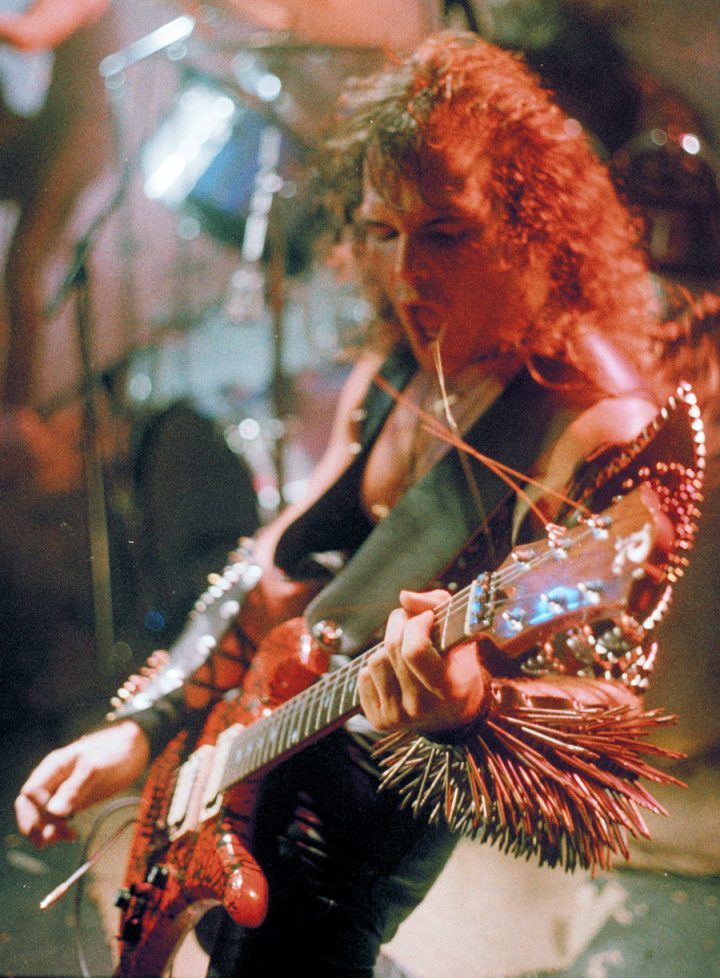 photo: Harald Oimoen, from MURDER IN THE FRONT ROW

ROOTS Final Scream for SLAYERRR! | on SiriusXM
Week of November 30, 2019

They came for blood in 1981, and after this week, Slayer finally sleeps. Join Ian Christe (“Sound of the Beast”/Bazillion Points) for a final scream for Slayer and the riffs, songs, and infamous butchery that has kept them reigning in metal for decades. We will pack the satellites with as much live Slayer as is legally allowed, plus tributes by Slayer spawn including At the Gates, Vader, Monstrosity, 1349, Earth Crisis, Incantation, Stone Sour, Edge of Sanity, and Necrophobic. Let’s turn our heads towards the sky, and listen for the steel one last time… Know your Roots!

Give praise to the arrival and early rise of Slayer with scores of live and candid photos of the band in MURDER IN THE FRONT ROW: Shots from the Bay Area Thrash Metal Epicenter, by Harald Oimoen and Brian Lew, with essays by Gary Holt, Alex Skolnick, and Robb Flynn.