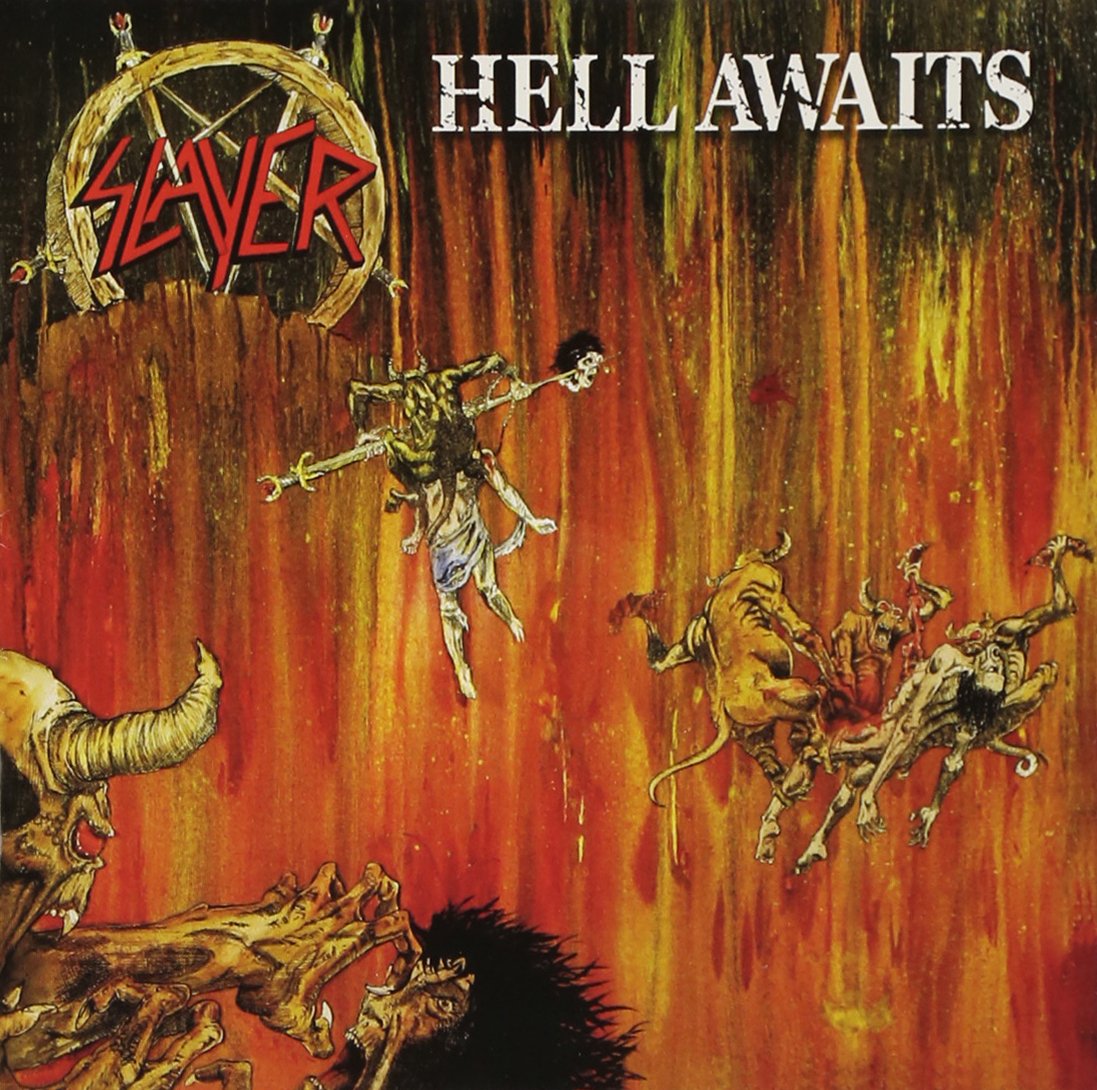 Thirty-five years ago, Slayer emerged from the depths of hell with their second album, Hell Awaits. Spurred by ultra-fast hardcore and steeped in the Satanic glory of Mercyful fate, the record’s unrelenting riff landscape earned the devotion of legions of fans and obliterated all but the toughest thrash metal competitors. We go track by track through Hell Awaits, including the original Slayer classics plus tributes from Sinister, Fleshcrawl, Angelcorpse, Cradle of Filth and others. Join us, join us…know your Roots!

See nearly 100 original early Slayer photos, including the back cover shots from Hell Awaits, in the thrash metal spectacular MURDER IN THE FRONT ROW: Shots From the Bay Area Thrash Metal Epicenter.