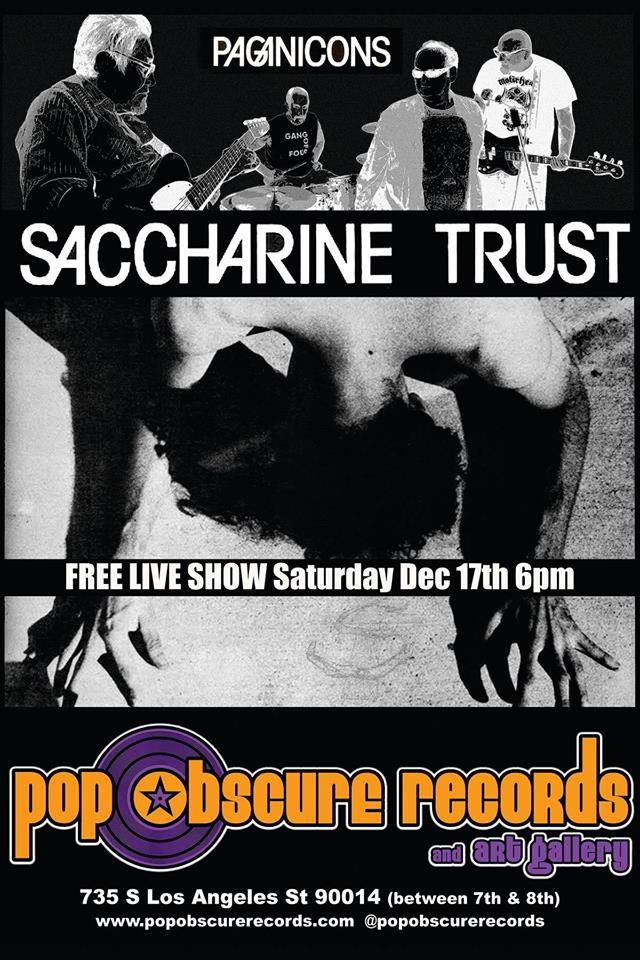 The show is part of a series of events in conjunction with the WE GOT POWER! photo show currently installed at Pop Obscure, which includes nearly 100 of the hundreds of shots in the WE GOT POWER! book of Red Cross/Redd Kross, the Minutemen, Sonic Youth, Black Flag, Social Distortion, the Descendents, Suicidal Tendencies, Butthole Surfers, and many others.

Admission is free, pay for praise!